The Not So Big Society 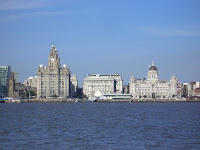 On Monday, just when you were thinking that Britain's new government was all about cuts, David Cameron announced the first of the coalition's new ideas. In fact, it may be their only new idea. It's called "The Big Society" and he couldn't wait to tell the people of Britain all about it. Again. It was actually heavily touted in the Tory's election manifesto, but was met with profound disinterest all round. But I'm here to tell you that it's really quite important, especially for museums. And for you American readers, who are just about to go off and look at something more interesting to a US audience (such as New York's Naked Cowboy suing the Naked Cowgirl), I would definitely urge you to hang on, because this is also very relevant to you.

Americans will be aware that in the 1960s, Lyndon B. Johnson launched a series of domestic programs under the umbrella of "The Great Society," whose aims were the elimination of poverty and racial injustice. The Great Society had its flaws, but it was probably the greatest piece of progressive government by any country in the postwar period, responsible for enshrining civil rights, voting rights, federal funding for education, Medicare, Medicaid, the National Endowments for Arts and Humanities, PBS, NPR, consumer protection laws, and a whole raft of environmental legislation. Conservatives hated the Great Society, and have been trying to dismantle ever since, with varying degrees of success.

David Cameron's "Big Society," of course, is a much more modest affair, starting with its less-than-inspiring name and going downhill from there. Whereas Johnson's program was all about using government as a tool to tackle the problems of society, the Big Society is all about government telling society to go fix its own problems because the government can't afford to do it themselves. As Cameron puts it, years of top-down government control has turned capable people into "passive recipients of state help", lively communities into "dull soulless clones" and motivated public sector workers into "disillusioned weary puppets of government targets." Yikes. Instead of this, the government will be supporting community-led programs, making heavy use of volunteers.

I noticed with interest that one of the pilot programs mentioned was "efforts to recruit volunteers to keep museums open." The program in question is based in Liverpool and aims to extend the opening hours of the city's museums. Why do they need volunteers to keep the museums open? Well, it may not be completely unconnected to the fact that the museum budget is about to be slashed by 30%. You would have to be extraordinarily naive not to wonder whether the savings are going to be made by replacing paid staff with unpaid staff.

What do the paid staff think about it? Well, here are a few selections taken from an article in today's Independent.

"They are not going to replace people doing the job day in, day out. You can't just replace the depth of knowledge you build up doing that."

"I am one of those people who will most likely be replaced by a volunteer. We have already been told to expect 30 per cent cuts and there is a total freeze on recruitment, so when we heard this there was mixture of disbelief and fatalism"

"If people have a passion for something, they will do it. But even we find that we need a base of twice as many people as you think to get everything done. Most have full-time jobs and will help if they can, but whether you will get people to sit in an art gallery all day for nothing is another matter"

And this one, the real heartbreaker, from a volunteer who had been working on a program that was intended to engage with young people with entrenched problems:

"There was so much going missing we had to get rid of them. We are not social workers so we decided to put an end to it"

Reading this made me both profoundly depressed and extremely angry. As long-time readers of this blog will know, I'm a passionate defender of the role of volunteers in our museums. Put bluntly, we could not do our jobs without the support of our dedicated corps of volunteer staff, who give generously of their time in support of our various missions and ask (and all too frequently get) very little in return. It's interesting to note that the Friends of National Museum Liverpool was forced to disband two years ago after a falling out with the NML's director, David Flemming, which makes his enthusiastic support for the new volunteer program look a little suspect.

Successful volunteer programs are a partnership, between professional museum staff and the wider community. We don't dump our workload on the volunteers; we like to think that we give them something of ourselves in return, transferring skills and knowledge that we've acquired through formal education and training. Nonetheless, it's not uncommon to encounter colleagues who look upon volunteer programs with deep suspicion. Unions, in particular, are not great fans of volunteers, claiming that they provide a way for employers to get work done without paying for it. Previously I'd always dismissed this as a knee-jerk reaction. But now, looking at Liverpool and wondering about other museums who may be "offered the opportunity" to participate in the Big Society, I wonder if maybe I was wrong.

And this is what makes me especially angry. Volunteer programs are something that we in museums should be proud of. Now, because of their successes in this area, museums like NML are being targeted by this deeply cynical government program that seeks to paper over the yawning cracks caused by spending cuts by dumping its responsibilities onto unpaid staff. And with minimal paid staff to supervise, you can forget any broader goals of education and training.

Why should Americans worry? Well, the USA has a massive and growing deficit. Conservative eyes here are undoubtably looking with interest at the fiscal austerity measures imposed across Europe, including the UK. To the average Republican, the idea that people, not governments, should take responsibility for supporting institutions like museums and galleries must look very attractive. As we seek to build on our successful volunteer programs, I fear we must have at least one eye looking over our shoulder, marshalling arguments for why volunteers can enhance, but not replace professional staff. And the fact that I have to adopt this negative approach is yet another reason for me to dislike the "Big Society."
Posted by Chris at 12:06 AM