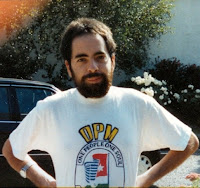 I am writing this as a former left wing radical and card-carrying member of the Labour Party. In my opinion the whole "YouCut" episode is nothing to do with the public understanding of science and all about the toxicity of modern American politics.

It's a widely acknoweldged fact that Americans have a deep distrust of intellectuals. This is something that the Republicans have never been shy of exploiting and even Democrats have had to acknowledge. It's no accident that one of America's smartest presidents ever (William Jefferson Clinton: Georgetown, Oxford, and Yale; Rhodes Scholar, etc.) spent most of his presidency honing his best Jed Clampett impression. Sad to say, the current president may be brought low because he's smart, well-educated, and not afraid to show it.


Science is an easy target because most people don't understand it and because scientists are easy to caricature as out-of-touch with reality. Combine that with the fact that they often work on things that are a major turn-off to the Republican base - stem cell research, evolutionary biology, and climate change are a few that spring to mind - and you have a sure-fire recipe to turn research funding into another productive front in the culture wars. Politicians don't attack science because they don't understand it. They attack it because they know that other people don't.
Another issue that makes NSF an attractive target for politicians is that the destination of monies allocated to science via the agency is determined by peer review - i.e. by scientists and scientific priorities. This is anathema to most politicians, who would like to dole out big research grants through the same system of political patronage that determines most other Federal funding. Under this model, the decision as to whether a multi-million dollar research grant was given to, say, Harvard or Kansas would be determined by how much you needed the votes of the Kansas senator vs those of the senator from Massachusetts.
Of course, I'm not dewy-eyed enough to believe that political factors play no role in the award of large grants, especially and the mega-grant level, but NSF is scrupulous in its employment of peer review, to an extent not matched by all Federal agencies. The idea of all that potential pork being handed out on the say-so of a bunch of pointy-headed intellectuals must drive Members of Congress batty.

Of course, the problem with taking a "negative" stance is that while it's much more fun, it doesn't really take you anywhere. So that's my challenge to the "YouCut" people. Rather than the public telling us what should be cut, why not have them tell us what should be funded. Pick your favorite proposals and then let's publish them and see what everyone thinks. No? Well that's not surprising. Because that's not the debate that you're interested in having, is it?
Posted by Chris at 4:34 PM